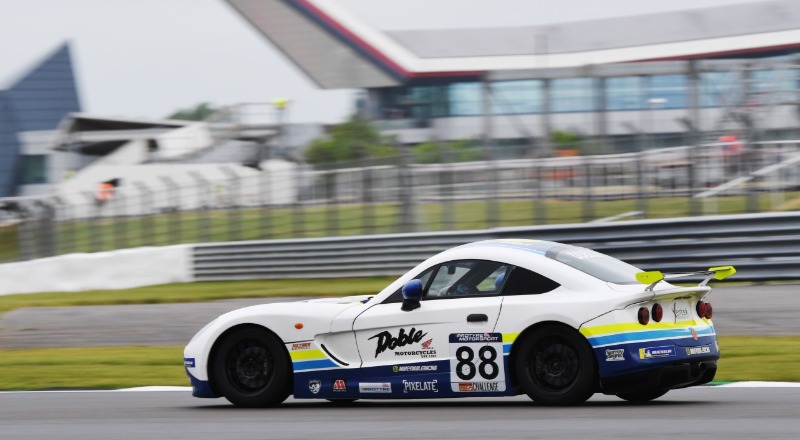 The home of British Motorsport produced some of the best racing of the season so far!

Silverstone is know for its prestige of hosting the British Grand Prix, but this weekend it was playing host to the Ginetta GT5 Challenge whilst supporting the crown jewel British GT event- The Silverstone 500. These cars feel like they were made for this circuit with the huge slipstream all the way around this circuit, it produced some of the most entertaining racing you will se anywhere in the UK.

24 GT5's took to the grid for rounds 6&7 of the championship, and with the top 10 in qualifying being within a second of each other, it really was anyone's race for the taking. Doble came into the weekend seventh in the championship and was hoping to improve his position come Sunday evening.

An average qualifying meant Doble was starting P9 for race 1 and P7 for race 2. Mikey had a decent start taking one place before Maggots, plenty of argy-bargy through the first lap but everyone settled into the race with minimal drama. With the high speeds and huge draft, the pack was staying very compressed resulting in constant overtaking manoeuvres. The highest Mikey managed to progress in this race was up to seventh, a long 25 minute battle between the blue #95 car of Nat Hodgkiss and the orange #39 car of David Ellesley. The three of them were swapping places virtually every other corner it seemed, however sadly with five minutes to go Doble dropped to ninth place and that was where he'd stay as the race was finished early due to a red flag. 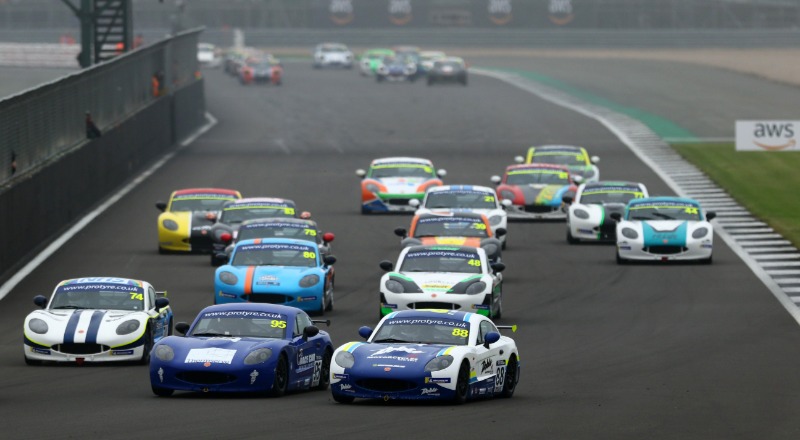 This race proved to be one of the most eventful races of the season so far. Doble was starting from P7 for this race and looking to score some decent points to round off the weekend. A fast start gave him the opportunity to take it three wide into Maggots (turn 2) and advance up to fifth place! The momentum turned into smoke come Stowe corner however as contact with another car lead to Mikey having a heart in mouth spin in the middle of the circuit with cars avoiding him left and right. Luckily the safety car was deployed to combat two cars which were caught up in the incident and left stricken on the side of the track. This allowed the pack to bunch up once again for the restart. Doble restarted P11 and made short work of making two moves on the opening lap to move up to P9. Now the charge was on to move as far up the order as possible with the lead pack in touching distance. Mikey continued to make good progress putting together arguably his best performance of the season so far. Some cars fell off by the wayside naturally improving his position but Mikey also made some daring moves to eventually bring it home in P5, two seconds behind the leader. Two exciting races and top 10 finishes left Mikey Doble P6 in the standings leaving Silverstone. The series heads off to Donington for a triple header weekend in a fortnight. Stay tuned with Mikey's socials for live updates and live stream links to the races during the course of the race weekend.